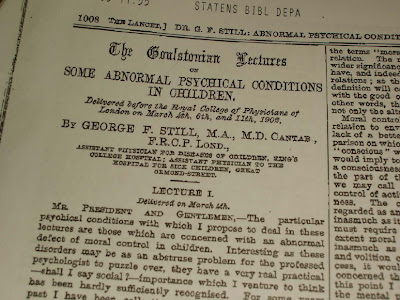 Still skrev: “I would point out that a notable feature in many of these cases of moral defect without general impairment of intellect is a quite abnormal incapacity for sustained attention.” Alltså ett problem som verkade utgå från barnens oförmåga att styra energin i sin egna uppmärksamhet, trotts att barnen i övrigt hade välfungerande intellekt
Och drog slutsatsen att:“there is a defect of moral consciousness which cannot be accounted for by any fault of environment” När Still talade om moralkontroll vilket var dåtidens begrepp grundat i läror från William James så refererade han snarare till den tidigares begreppsanvändning. Still avsåg med moralkontroll egentligen:“the control of action in conformity with the idea of the good of all” Alltså förmågan att agera för allas bästa. 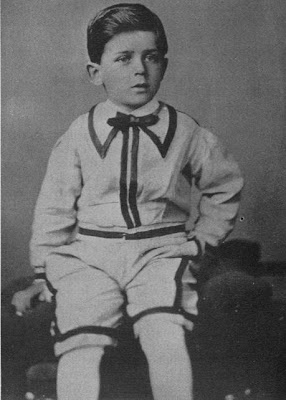 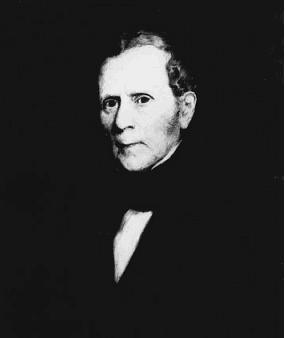 In 1798, a Scottish-born physician and author, Sir Alexander Crichton (1763-1856), described what seems to be a similar mental state much like the inattentive subtype of ADHD, in his book: An inquiry into the nature and origin of mental derangement: comprehending a concise system of the physiology and pathology of the human mind and a history of the passions and their efects. In the chapter ”Attention”, Crichton described a ”mental restlessness”. 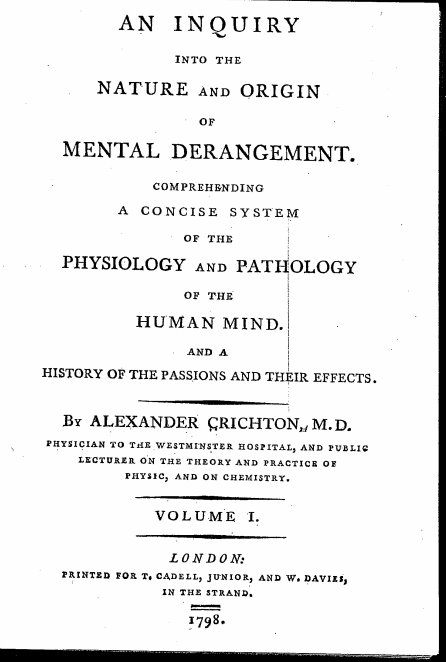 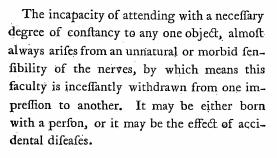 “The incapacity of attending with a necessary degree of constancy to any one object, almost always arises from an unnatural or morbid sensibility of the nerves, by which means this faculty is incessantly withdrawn from one impression to another. It may be either born with a person or it may be the effect of accidental diseases.

When born with a person it becomes evident at a very early period of life, and has a very bad effect, inasmuch as it renders him incapable of attending with constancy to any one object of education. But it seldom is in so great a degree as totally to impede all instruction; and what is very fortunate, it is generally diminished with age.” p. 271 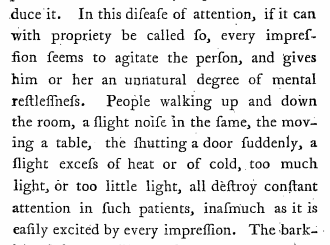 ”In this disease of attention, if it can with propriety be called so, every impression seems to agitate the person, and gives him or her an unnatural degree of mental restlessness. People walking up and down the room, a slight noise, in the same, the mowing a, the shutting a door suddenly, a flight excess of heat or of cold, to much light or to little light, all destroy constant attention in such patients. Inasmuch as it is easily is exited by every impression.” p 272

Crichton’s noted: ‘they have a particular name for the state of their nerves, which is expressive enough of their feelings. They say they have the fidgets” p 272
Dr. Crichton suggested that these children needed special educational intervention and noted that it was obvious that they had a problem attending even how hard they did try. 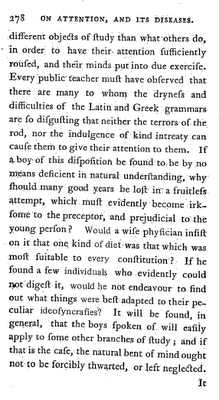 ”Every public teacher must have observed that there are many to whom the dryness and difficulties of the Latin and Greek grammars are so disgusting that neither the terrors of the rod, nor the indulgence of any kind intreaty can cause them to give their attention to them.” p. 278
Alexander Crichton was almost two centuries ahead of his time in his observations of what is now known as the Inattention subtype of ADHD. He wrote about the salient features of this disorder, including attentional problems, restlessness, early onset, and how it can affect schooling, without any of the moralism introduced by George Still and later authors of the subject.
–

Dr Crichton described all the essential features of the inattentive
subtype of attention deficit hyperactivity disorder which were almost entirely consistent with the criteria for the inattentive subtype as portrayed in DSM-IV (APA,2000) (Palmer & Finger, 2001).

Alexander Crichton : An inquiry into the nature and origin of mental derangement : comprehending a concise system of the physiology and pathology of the human mind and a history of the passions and their e?ects. 1798.
Some abnormal psychical conditions in children: the Goulstonian lectures”. The Lancet’, 1902;1:1008-1012
Russell A. Barkley: The Relevance of the Still Lectures to Attention Deficit Hyperactivity Disorder A Commentary. 2006; 10; 137 J Atten Disord.
George F. Still Some Abnormal Psychical Conditions in Children: Excerpts From Three Lectures 2006; 10; 126 J Atten Disord.
Palmer, E. D., and Finger, S. 2001. An early description of ADHD(Inattention Subtype): Dr. Alexander Crichton and the ”MentalRestlessness” (1798). Child Psychology and Psychiatry Reviews, 6, 66-73.

Sir George Frederick Still in the history of ADHD 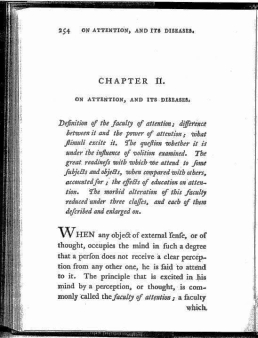 © All rights reserved by the author