The man dragged his leg behind him as if it were
inert and lifeless: he made no attempt to move it nor
did he circumduct the limb when he was walking a
would be the case ”dans un hemiplegie ancienne de
cause organique.” The right arm was supple,
undeformed, and without rigidity. The hand,
however, was deformed, being held with the finger
at right angles to the palm so strongly as to resis
movement. 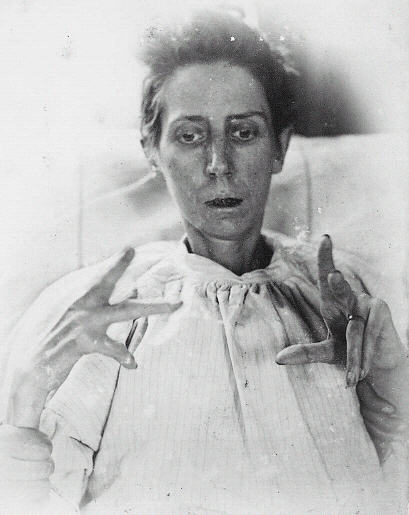 It was important to notice
that while sensation was completely abolished, motor
function was not. This differed from the example of
lesions in the posterior limb of the interior capsule.
More remarkably the face was not affected by the
motor loss. One could readily note a frequent twitch-
ing of the angle of the right side of the mouth
downwards and to the right. Charcot had described
in his previous work all these features as being
classically found only in hysteric paralyses, par-
ticularly the mismatch between motor and sensory
loss and the ”spasme glosso-labiale. 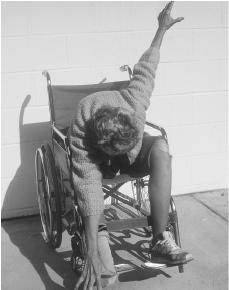 Some symptoms could be most readily explained as the direct effects of contact with carbon disulphide. When a small amount was placed on the skin there was first a sensation of unpleasant coldness succeeded by a feeling of heat followed by burning and extreme pain. 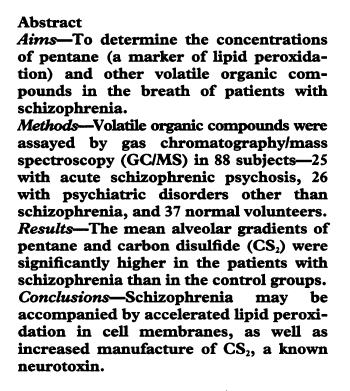 Clin Pathol 1993;46:861-864
Increased pentane and carbon disulfide in the
breath of patients with schizophrenia

… It has been reported that the glucose and lipid metabolism is disturbed by carbon disulfide both in experimental animals and in exposed workers, but not to conclusive. There is a large body of indirect information associating abnormal energy metabolism in peripheral neuropathies caused by CS2.

Rats exposed  to carbon  disulphide  displayed  different  symptoms of  intoxication pending on the type of exposure. CC The damage by CS2 is related to the status of Glutathion and its protective role. Glutathion depletion have been shown in rats exposed to high levels of CS2 followed by high exposure.

…One more to come + the hypothesis in short with conclusions and suggestions. 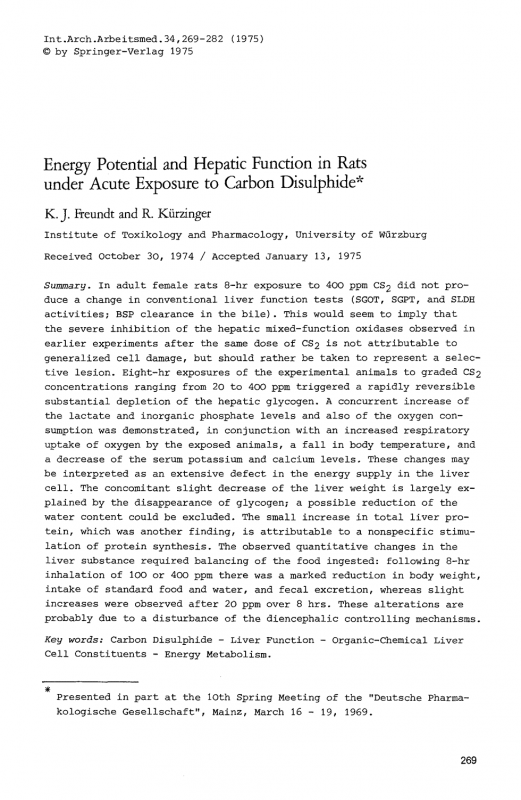 The Etiology of Schizophrenia III

Draft 1 in a new hypothesis: the etiology of schizophrenia, part 1.

Carbon disulfide reacts with the amino groups of amino acids and proteins to form thiocarbamate in blood and tissues (1) thiocarbamates, possessing sulfhydryl groups, may chelate polyvalent inorganic ions. CS2 reacts with endogenous amines to form dithiocarbamates.(2) which could be metabolised back to CS2. An implication is the formation of acid labile CS2 (AL CS2) will continue to increase, even at steady-state concentrations of CS2,as long as free CS2 is available to the tissue and adequate amine substrates are available. (2) An additional important finding was the slow elimination of AL CS2, suggesting that AL CS2may accumulate in the body after repeated exposure to CS2. (2) Dithiocarbamates are capable of chelating several polyvalent inorganic ions such as copper and zinc, and thus may inactivate numerous enzymes in which these ions are essential for activity. (3)

The hypothesis of a chelating effect has been supported by the results of some studies (4), Andreva who reported an increase in zinc and copper excretion in exposed rats, and Lukas et al. (5), who found increased copper levels in the peripheral nervous tissue of exposed rats.

Copper and zinc ions are essential for the prosthetic groups of many enzymes. The neurotoxic action of carbon disulfide and its interference with the activity of many enzymes could partly be explained by chelating effects. Zinc is required for the activity of enzymes such as lactic acid dehydrogenase a, carbonic anhydrase, glutamate dehydrogenase, and alcohol dehydrogenase. Copper, represents a cofactor of pyridoxol, a form of vitamin B6. Copper is required for the proper functioning of enzymes such as cytochrome c oxidase, the coenzyme A dehydrogenase system, and dopamine ß hydroxylase. The loss of copper from the spinal cord is accompanied by cellular damage, producing tissue degeneration. Disturbances of the central and peripheral nervous systems, resulting from carbon disulfide exposure, could be connected with the loss of copper due to chelation and consequent inhibitory effects on enzyme systems (6)

LOX, Lysyl oxidase is copperdependent. The LOX activity are essential for the mechanical stability of the fibers and other supramolecular assemblies formed by these proteins and the elasticity of elastin. Because collagens and elastin are important components of the extracellular matrix, abnormalities in their modification can be expected to affect many tissues, as seen in lathyrism, a connective tissue disorder caused by the administration of ß-aminopropionitrile, an irreversible inhibitor of lysyl oxidases. (7)

Extracellular copper enzymes initiate the formation of the lysine and hydroxylysine derived crosslinks in collagens and lysine-derived crosslinks in elastin. (8) CS2-mediated protein cross-linking occurs in vivo through the generation of Lys-Lys thiourea and that diethyldithiocarbamate can, through in vivo release of CS2, produce the same cross-linking structure. This observation supports the utility of cross-linking of peripheral proteins as a specific dosimeter of internal exposure for CS2 and provides a mechanistic explanation to account for the high-molecular-weight neurofilament protein species isolated from rats exposed to CS2 or N, N-diethyldithiocarbamate. (9)

Hight levels of homocysteine will irreversibly ihnibit LOX. (10) One study suggest that LDL downregulation of LOX could contribute to the endothelial dysfunction caused by hypercholesterolemia, thus contributing to atherosclerotic plaque formation. (11)

(10)
Volume 272, Number 51, Issue of December 19, 1997 pp. 32370-32377
Irreversible Inhibition of Lysyl Oxidase by Homocysteine Thiolactone and Its Selenium and Oxygen Analogues
Implications for Homocystinuria

Tryptophan: Significant alterations of the metabolism in rats. Exposure to carbon disulfide can cause a significant increase in the activities of kynureninase and kynurenine-2-oxoglutarate aminotransferase in the kidneys, but only a slight increase in their activities in the liver. (13)  changes in the tryptophan metabolism, manifested by increased excretion of xanthurenic acid in human (14)

Disturbance of the B-vitamin metabolism

The acute toxicity of organic toxicants like Carbon Disulfide has been linked to altered Ca2+ homeostasis through several mechanisms. (26 – 29)

Exposure of hepatocytes to halocarbons or carbon disulfide results in the rapid loss of Ca2′-ATPase activity and the ability of the endoplasmic reticulum to sequester Ca2 (30 -32)Maintenance of normal [Ca2+]i homeostasis is also dependent upon the status of other cell constituents, including sulfhydryl, glutathione, and nicotinamide-nucleotide redox levels of the cytoplasm and mitochondria. (33)

Oxidation stress also resulted in Ca(2+) concentrations and calmodulin (CaM) levels increases in cerebral cortex, hippocampus and spinal cord. Thus, CS(2) intoxication was associated with elevation of lipid peroxidation (LPO) and reduction of antioxidant status. It was suggested that ROS and concomitant LPO, at least in part, were involved in CS(2)-induced neuropathy. (35)

Carbon Disulfide – CS2, was discovered in 1796 Lampadius.  Carbon Disulfid can cause bizarre light-narcosis behavior with changes in personality, the earliest notations dates back in the 1800 century. (1, 2, 3, 4, 5) The knowledge if CS2 is limited and some of it´s action have been hypothesized. 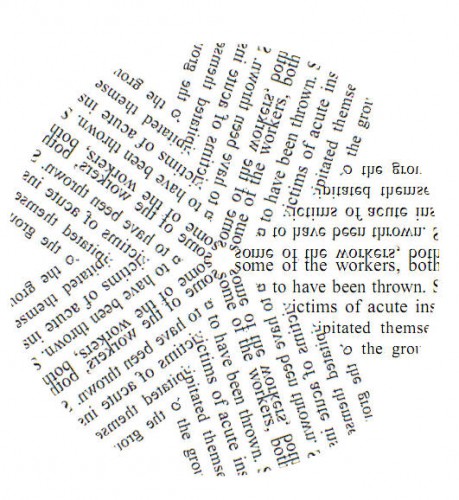 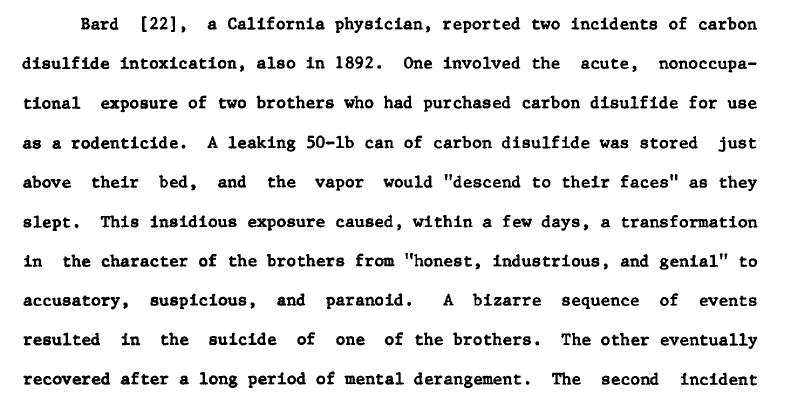 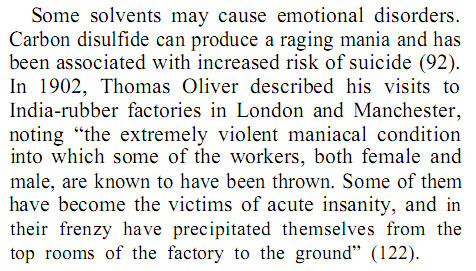 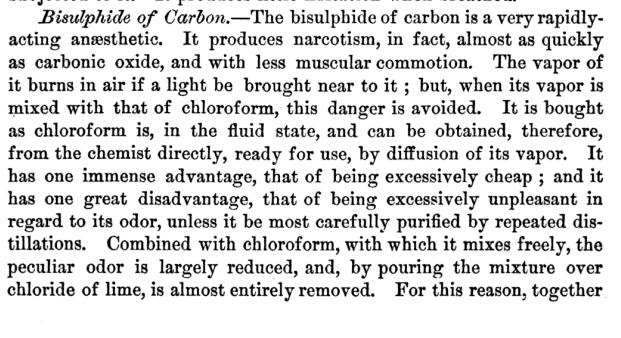