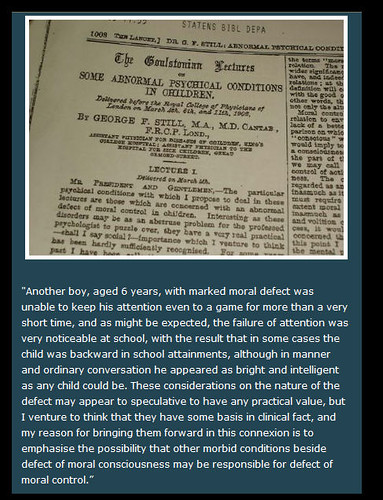 The Goulstoninan Lectures from the Lancet 1902

one of the first to describe the nature of ADHD and related disorders.

Part 1 in the history of ADHD: Alexander Crichton